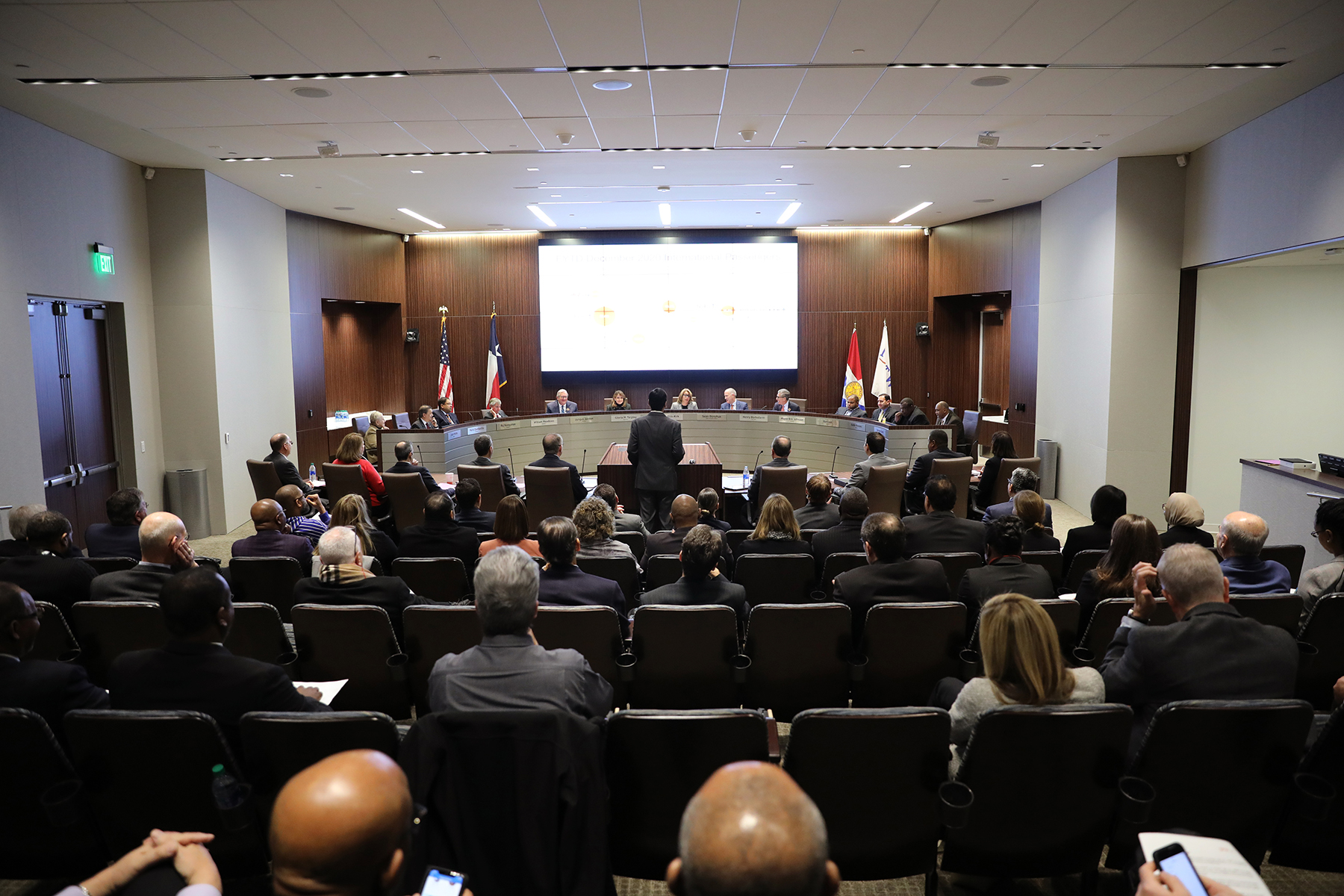 In the Community
Board of Directors & Administration

Committee and Board Meetings have returned to in person only. No virtual option will be available.

The DFW Airport Board is a semi-autonomous body charged with governing DFW International Airport.

DFW Airport's Board of Directors is composed of 12 members, 11 of whom are appointed by the city councils of the Airport's owner cities. Seven represent the City of Dallas and four represent the City of Fort Worth, in accordance with each city's ownership interest in the Airport. In order to facilitate communication between and among the Airport and its neighbors, a 12th, non-voting board position representing one of the Airport's four neighboring cities -- Irving, Grapevine, Euless and Coppell -- is filled on an annual, rotating basis. The Board may enter into contracts without the approval of its owner cities' city councils, but their approval is required for its annual budget, bond sales and other similar measures.

The monthly board meeting agenda, including meeting date, time and location will be posted at least 72 hours prior to each month's Committee Meetings. Posted here are the most recent documents shared at the last meeting. Official postings from past meetings are also available to view.

DFW Airport's Board of Directors ordinarily meets the first Thursday of each month at 8:30 a.m. in the Administration Offices located at 2400 Aviation Drive (75261). On occasion, Board Meetings may occur at other dates and times and in other locations. Additionally, members of the Board of Directors meet on various committee subjects:

Committee meetings are on Tuesday and Board meetings on Thursday. Please check the agendas under the View Documents link for meeting times.